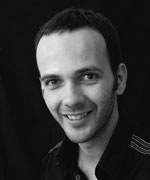 Christian is the founder of Mister Schilling UG. He has extensive knowledge in festival and event organisation, staff management and process optimisation and is an experienced developer of business software solutions. Christian has been working in film, music and other types of events since 1997. Initially concentrating on the music festival sector, he soon started producing large-scale music festivals and open-air events himself. In 2000, Christian began focusing on film events. Following his extensive studies in media economics he became responsible for the event management, technical infrastructure and human resources departments at interfilm – International Short Film Festival Berlin and exclusive VIP events during the Berlin International Film Festival. The versatile and deep functionality of the application Mr. Schilling – Festival Manager is the fruit of Christian’s IT expertise and his thorough understanding of what counts in the production of international festivals and events.

IT, Development and Hosting Partner

The Argeo GmbH is a software company specialised in the integration of free and open source software. With a highly professional team of IT experts and many years of experience in the market, their software is used and trusted by governments, NGOs, the financial sector and software developers around the world. Their clients include global enterprises such as AGFA, JP Morgan and UNICEF. To find out more about our partner Argeo GmbH, visit their website at www.argeo.org. 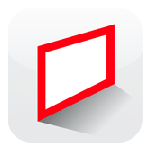 Festville Apps develops customised apps for iPhone and Android devices that sync with Mr. Schilling – Festival Manager. The apps provide you with a modern and creative way of communicating with your audience, allowing you to keep guests informed about your festival from anywhere, at any time, even without an internet connection.

For the development of our software we have teamed up and are continually exchanging knowledge and ideas with a board of experts. All our co-operators are highly regarded professionals, each of them possessing great expertise and many years of experience in different fields of the festival landscape. By uniting their knowledge and incorporating it into the architecture of Mr. Schilling – Manager, our software has become what it is today and is continually evolving to satisfy the high standards of festivals around the world. 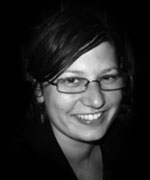 Ioana has been working for film projects and festivals since 2008, working as an editor of the Participants Book at the Berlinale Co-Production Market (a section of the Berlin International Film Festival), as a programme presenter at Transilvania International Film Festival in Cluj, Romania, and as a guest manager for the International Short Film Festival Berlin and goEast – Festival of Central and Eastern European Film in Wiesbaden. For several years she coordinated the monthly national short film programme Shorts Attack for interfilm Berlin. When she doesn’t work for festivals, she writes a film column for Romania-Insider.com, works as a translator and (ideally) travels a lot.

Whenever there's a technical problem Mr. Schilling comes up with an effective solution

Mr. Schilling's solutions have helped us professionalise our whole infrastructure!

"Nice and neat, easy and intuitive!"